Congrats to the Perry Panthers softball team on winning their second Ohio State Championship in four years! Pitcher Missy Holzopfel led the way, pitching a near perfect game over Watkins Memorial in the championship game at Firestone Stadium on June 6. Holzopfel held the Warriors to only one hit, walked none and struck out 12, including the first eight batters she faced. Perry finished the season with a 28-6 record. 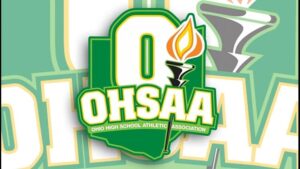